45 years old male who presented with severe abdominal pain and huge abdominal mass.His outside report was suspicious for sarcoma and was declared inoperable due to extensive disease.But biopsy was inadequate for confirmatory diagnosis.His repeat biopsy and immunohistochemistry confirmed it as high grade lymphoma.He subsequently received chemotherapy with targeted therapy ( Rituximab) and showed complete resolution of mass after just 3 cycles.He later completed 6 cycles chemotherpy to complete the desired course and consolidation local radiation. 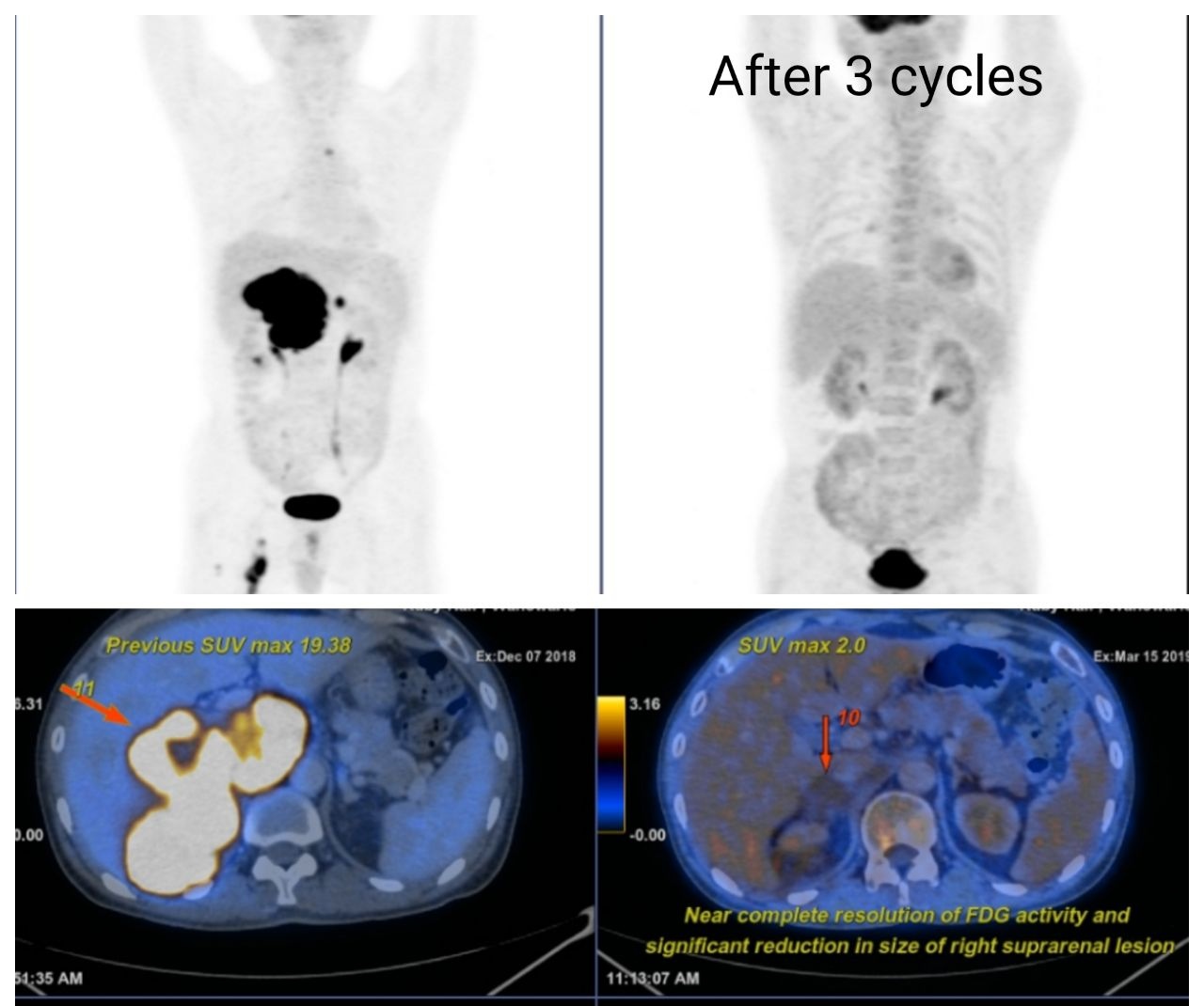 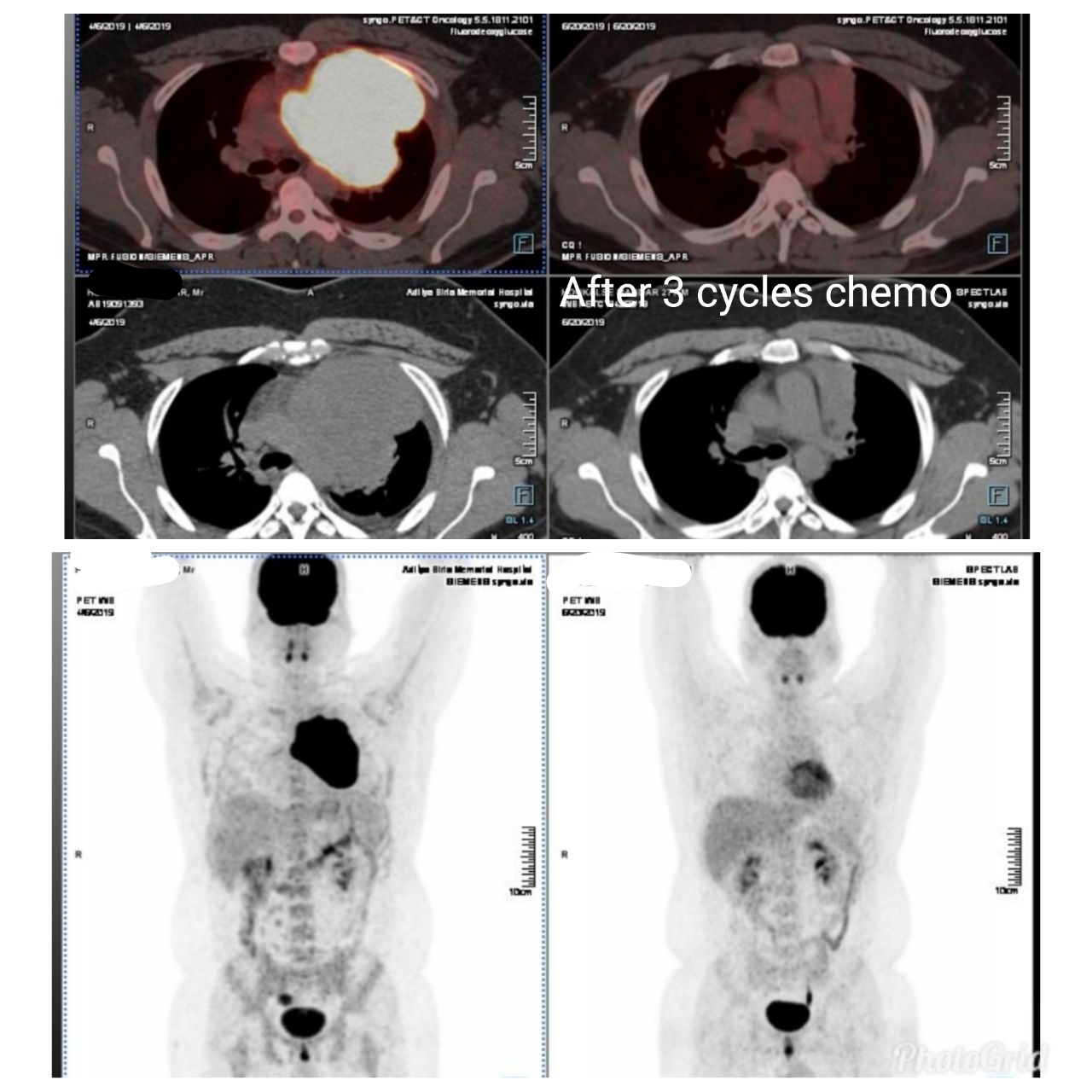 63 years old female was diagnosed with stage 4 follicular lymphoma.Patient had swelling over scalp which was causing compression over eye.Being low grade lymphoma,patient was offered low intensity chemotherapy + targeted therapy ( Rituximab + Bendamustine).Patient had complete resolution of all lesions without any side effects at the end of first 3 cycles only.Low grade lymphomas can be treated with low intensity chemotherapy or sometimes only with targeted therapy. 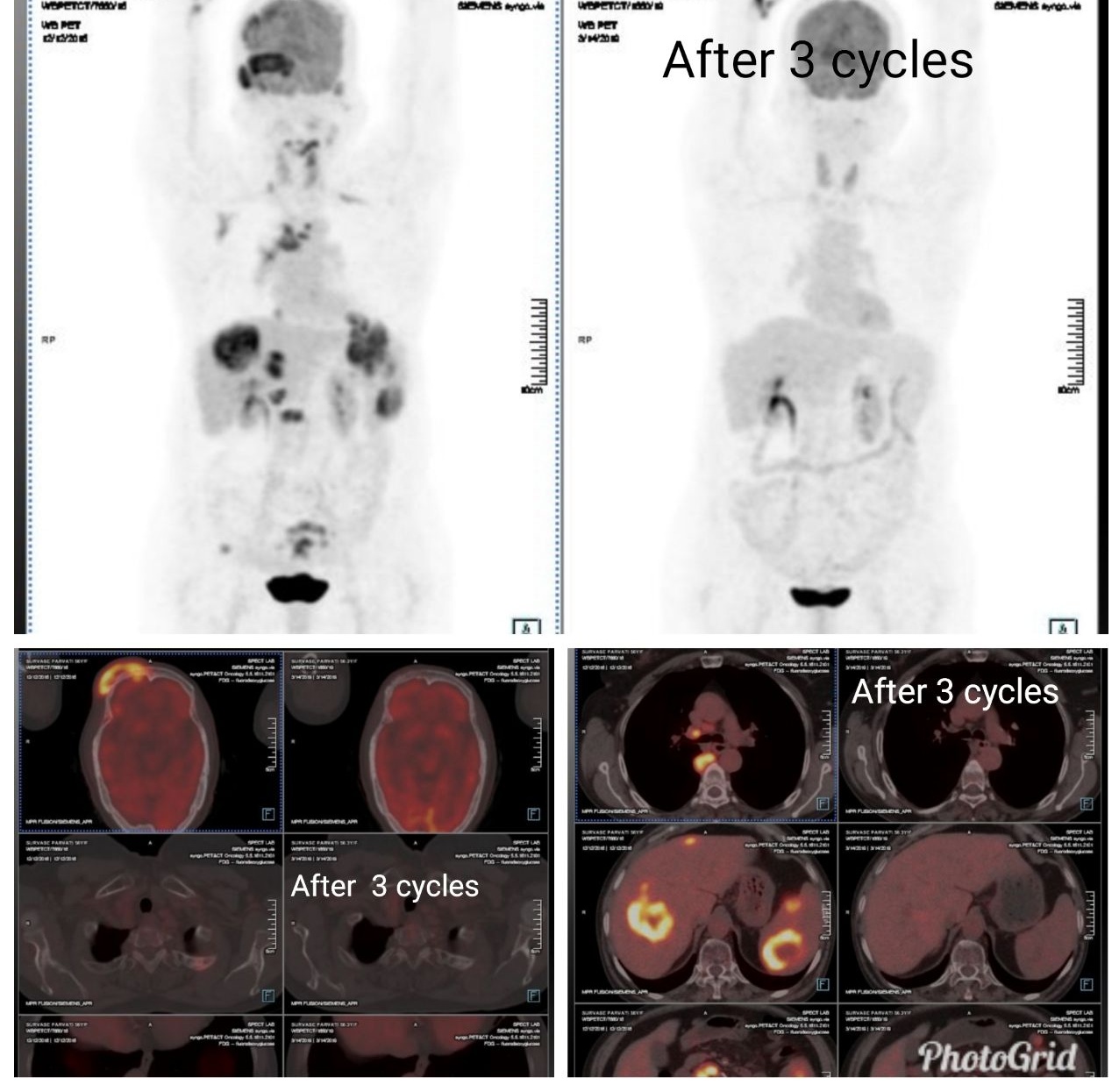 48 years old female presented with severe abdominal pain with jaundice with weakness being wheelchair bound.Her PETCT showed multiple liver metastasis with liver full of disease.However biopsy and immunohistochemistry confirmed high grade Burkitts lymphoma which is very aggresive lymphoma which is rapidly fatal if not treated early.She was urgently started on cytoreductive and later intensive chemotherapy along with targeted therapy ( R- Dose adjusted EPOCH).She had rapid symptomatic relief and all liver lesions resolved and patient had complete resolution after 6 cycles of Chemotherapy.High grade lymphomas like Burkitts lymphoma are very aggressive but at the same time can be extremely responsive to high intensity treatment 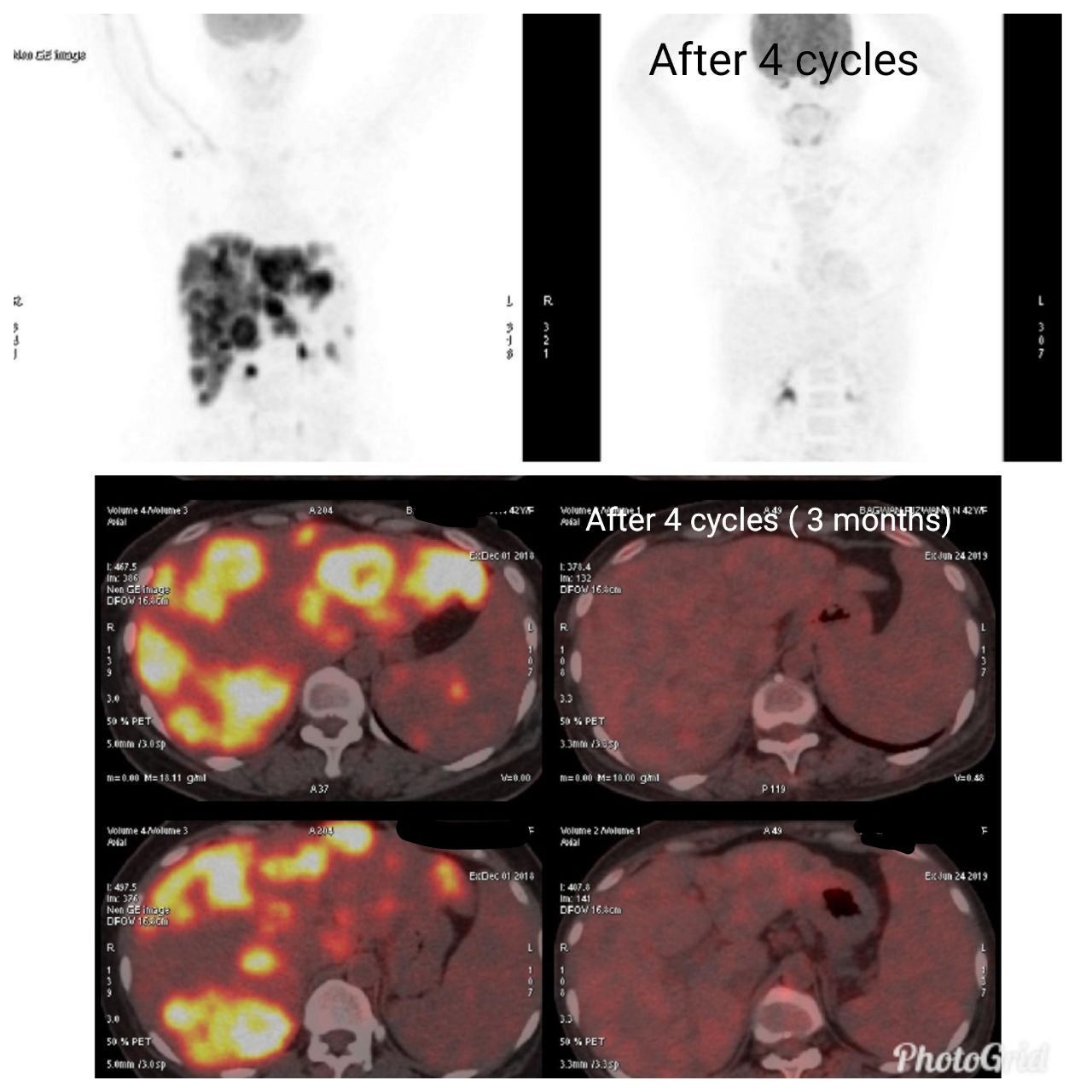 Is there any benefit of treating Stage 4 advanced cancers??
This is a common question which many people ask us when we disclose the diagnosis of stage 4 cancer to relatives. In most cases, stage 4 widespread cancers are treated with non-curative ( palliative ) intent. However if properly treated, even such patients can have amazing long-standing responses and good quality of life.This 68-year-old lady presented with renal failure with a creatinine of 18 mg/dl and on evaluation was diagnosed to have cervical cancer with obstructive uropathy and multiple florid lung metastases. After initial stabilization and relieving the obstruction with DJ stenting, the patient was treated with chemotherapy. PET CT scan after 3 months of Chemotherapy showed a significant reduction of lung metastasis and cervical cancer mass.Patients creatinine became normal and she is able to carry out all her routine activities. After maximum response with chemotherapy, for the last 8 months, the patient is being maintained on simple oral chemotherapy drugs ensuring priority on disease control as well as the quality of life. 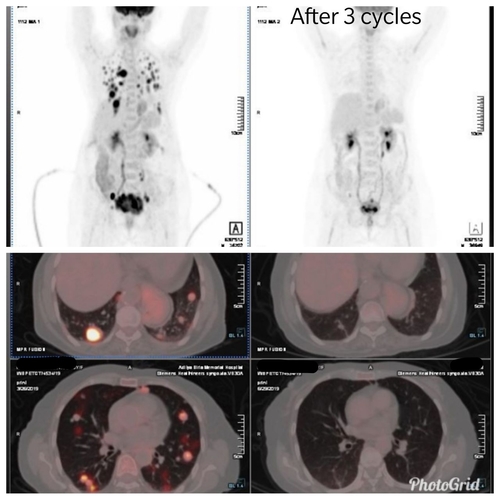 With the advent of precision medicine, the treatment of lung cancer has undergone revolutionary discoveries providing simple, oral, and selective and most effective treatment for patients with stage 4 lung cancer. 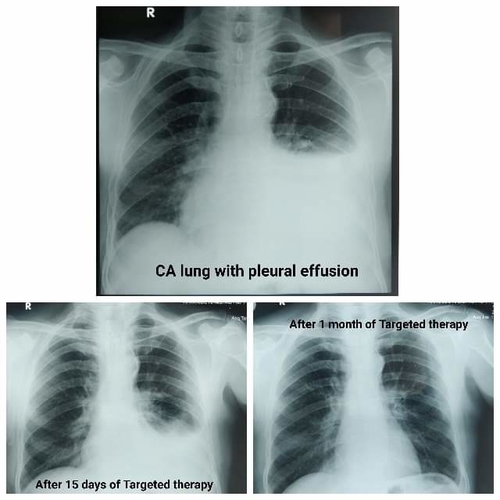 Come, Let's fight against CANCER
Get it touch with us!
×
prev next
prev next
?
Ask Question
AboutMyClinic
SmartSite created on AboutMyClinic.com
Site-Help | Disclaimer